We design, manufacture, and build our converters as well as many of the internal converter components in-house from start to finish. This ensures that our dimensions are correct and will work with your transmission, and also ensures that you are in direct communication with the manufacturer. With over four decades of experience, we are able to answer all of your questions quickly and accurately. Our eight in-house CNC machines are used to manufacture our billet converter covers, billet clutch dampers, stators, stator caps, races, and other components in our converter builds. Our knowledge, equipment, and patented converter components allow us to build converters to match your truck’s specific needs, no matter if it’s used as a daily driver or a dedicated race truck. 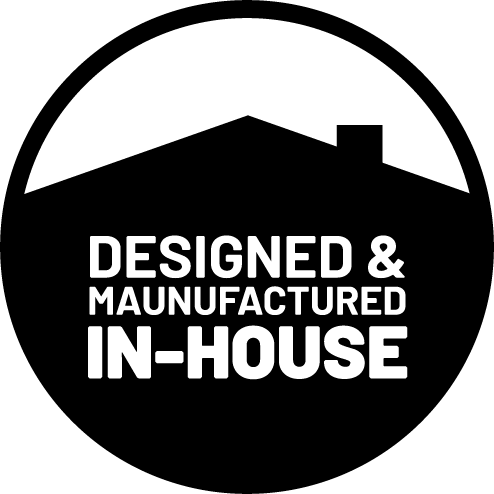 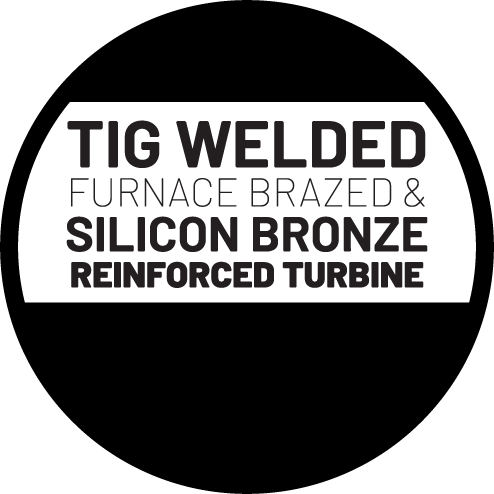 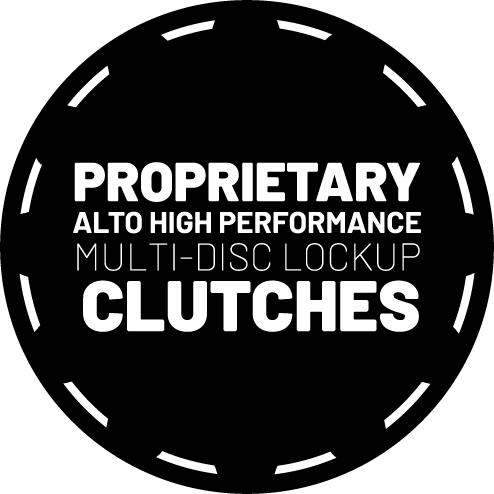 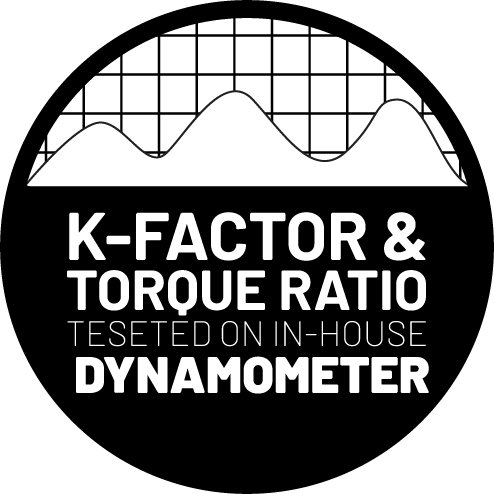 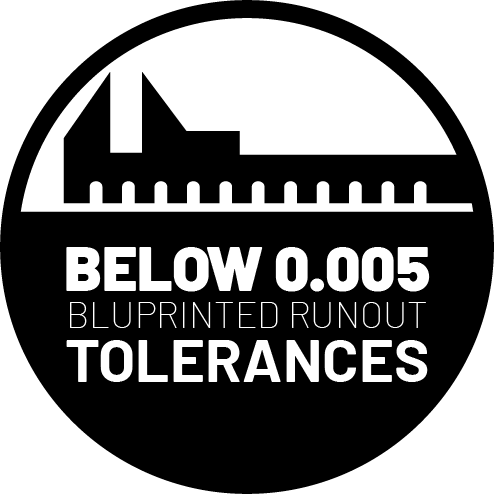 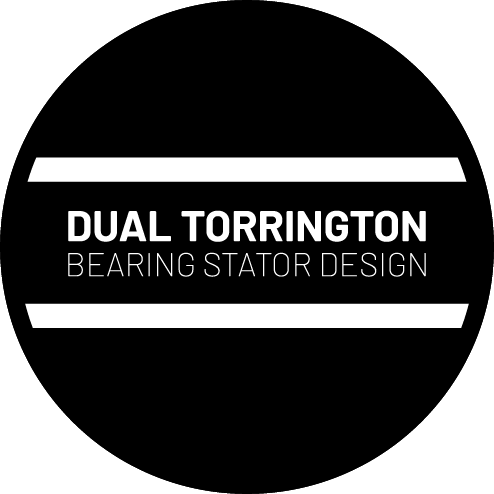 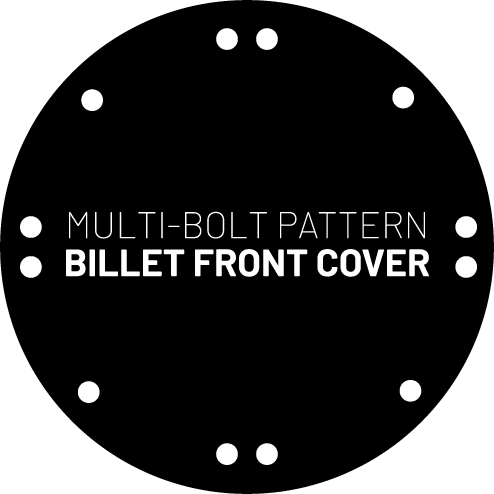 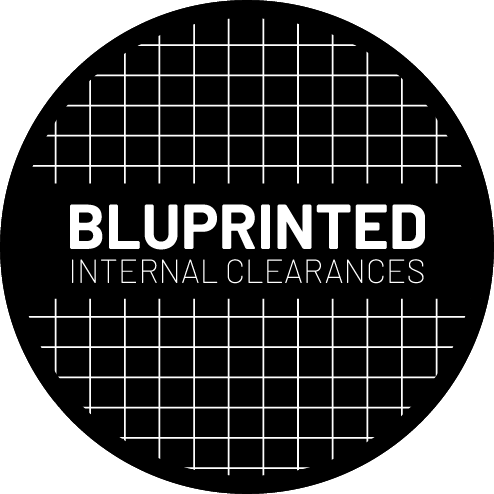 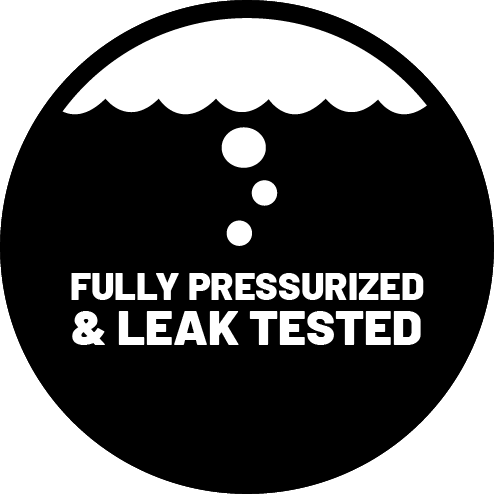 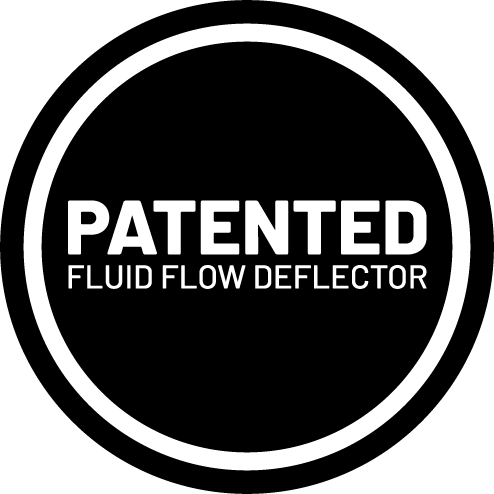 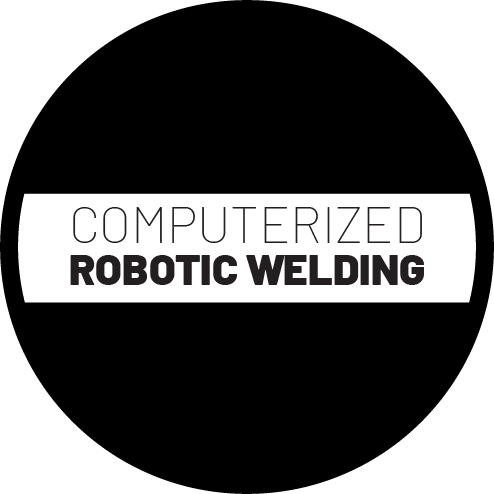 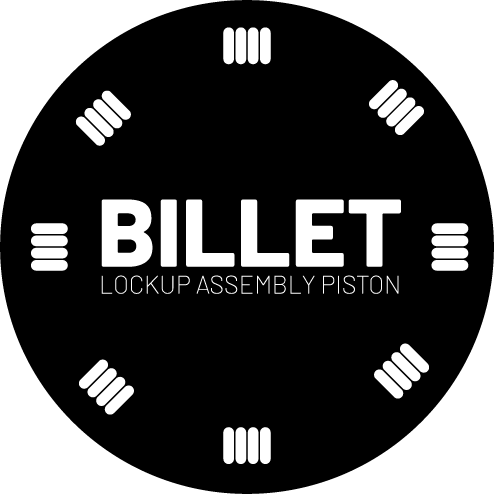 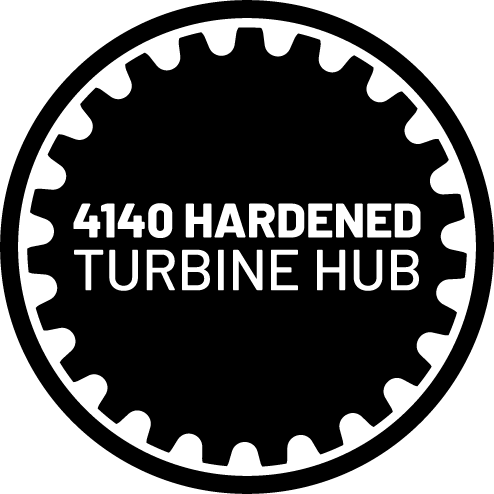 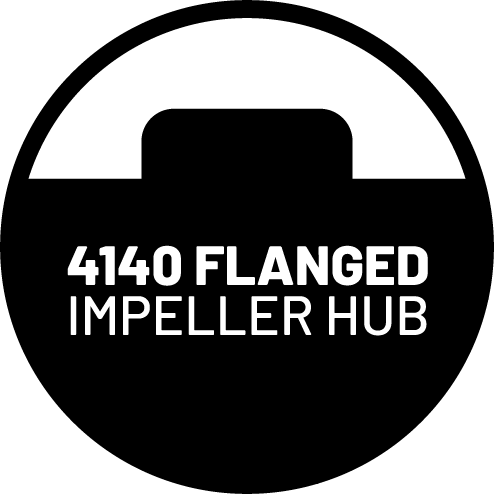 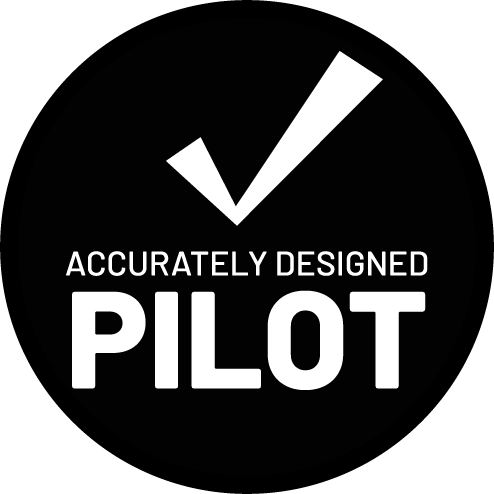 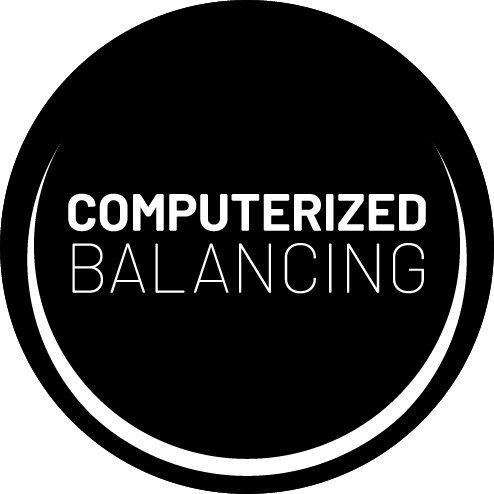 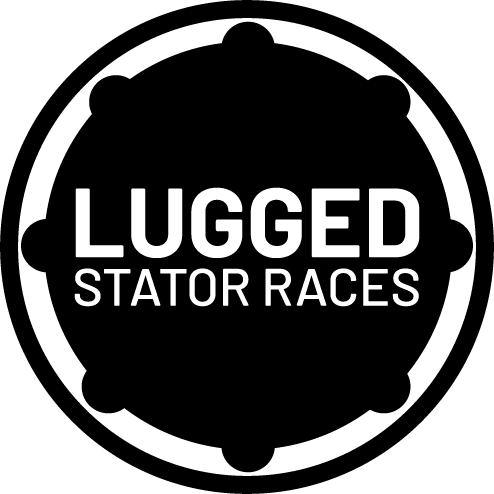 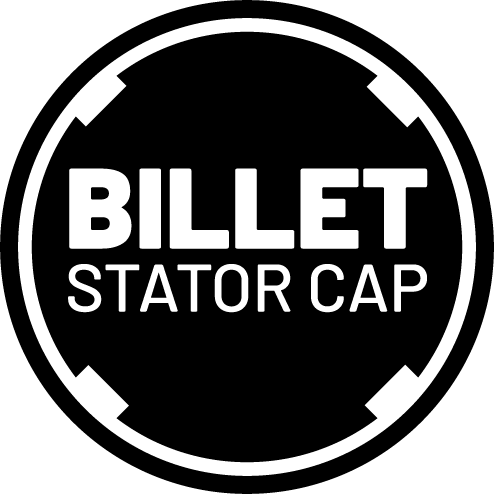 HOW DOES A TORQUE CONVERTER WORK?

Let’s start with two wall fans facing each other: If we turn one fan on the wind from this fan will make the other fan turn, although much slower than the "drive" fan. In the case of a torque converter, the drive fan is bolted to the engine and the fan being driven is connected to the input shaft of the transmission. In addition, oil is used to transmit the energy between the two fans, as opposed to air in the example scenario.

Once the truck is up to speed there is a mechanism, called a lock up clutch, that will lock the fans together. In actuality, the driven fan is locked to the front cover of the torque converter, which is bolted to the engine. When this occurs, the drive fan and driven fan turn at the same RPM, with no loss of power in the fluid coupling. When the drive and driven fan are not locked together, heat is generated in the converter. The greater the load and RPM difference, the greater the heat generated. This heat is essentially lost power which results in a lower transmission life, performance and fuel economy. The loss of energy in this process can be calculated. Suppose we have a converter where the drive fan (impeller) is turning 2500 RPM and the driven fan (turbine) is turning 1800 RPM. The efficiency of this converter, at this speed, is 72% (1800 divided by 2500). The efficiency is constantly varying, depending on the RPM of the converter, the power input to the converter and the output load, or towed weight. When the converter clutch locks the fans together, the engine rpm will drop 700 RPM.

If we use a converter that is more efficient, such as a "low stall" converter, we will be able to achieve a higher efficiency rate. For example, an 88% efficiency rate would mean that the impeller would be turning 2500 RPM and the turbine would be turning 2200 RPM. When the converter clutch locks the turbine to the front cover we would only see a rpm drop of 300 RPM, as opposed to 700 RPM. A lower RPM drop is substantially easier on the converter’s clutch lining and will reduce glazing. In addition, because the fluid coupling of the converter is more efficient, more power, less heat and better fuel economy are delivered before the converter locks up.

To explain stall speed, let’s start with a true full stall. If the transmission were in drive, the brakes were held down so the vehicle will not move, and the throttle was held wide open, the torque converter will "stall" the engine at a certain RPM. When stalled, the engine will not be able to spin any faster unless the vehicle is allowed to move. This is a true full stall. We have specialized equipment which is used to perform this test. Do not test for true stall, it can damage shafts and overheat the torque converter.

The last stall speed is generally referred to as the flash stall speed. The flash stall speed takes effect under hard acceleration. From a standing start, if you were to floor the throttle, the engine would start to accelerate quickly and then pause at an RPM as it starts to pull the truck. If the engine went from idle to 1500 RPM in 1.5 seconds when floored, and then took another 2 or 3 seconds to get from 1500 to 1700 RPM, this would mean the "flash stall" speed was at 1500 RPM. When we lower the stall we want to lower the break away speed as well as the flash stall speed. This will make the engine work at a lower RPM for a given road speed and, in most cases, will increase fuel mileage. Once up to speed, the computer will command the lock up clutch on, and the driven fan will lock to the front cover of the converter. At this point the drive fan, driven fan and engine are turning the same speed which means all engine power will be delivered to the transmission and back to the wheels.

WHAT IS DIFFERENT ABOUT A GOEREND CONVERTER COMPARED TO OTHERS?

We design our own converter components and manufacture them in-house. This ensures that our dimensions are correct and will work with your transmission. We build our converters in-house from start to finish. We make the billet covers, billet clutch dampners, billet stators, stator caps and more. We make our own billet front covers and clutch pistons out of forgings which greatly reduces any chance of porosity. Our stators are designed like an airfoil, this produces lift to help the stator rotate when going into the coupling mode and also creates a venturi effect to help torque multiplication. Our patented internal design insures that the torque converter clutch will lock up when the computer and valve body give the signal. No more feathering the throttle to get the converter clutch to lock up. We also use Raybestos and Borg Warner clutches in our converters. We feel it is hard to beat the quality and engineering capabilities of these companies that have been doing this since the early days of the Automobile.

Allison impellers and turbines are furnace brazed from the factory. Dodge impellers are also furnace brazed from the factory, however the 47/48RE turbines are not brazed from the factory. These parts are all brazed in a huge oven and when they vary in size and thickness, this can lead to “over-baking” smaller and thinner parts which result in warpage. We mig weld the fins on any turbine or impeller that has not been factory brazed and we never use any warped parts. If the fin angle must be changed on an impeller or turbine, we weld the fin in that position. It does take more time to do this but if you move a blade, it must be secured so it does not bend back to the original position or break.

HOW MUCH POWER WILL A GOEREND TORQUE CONVERTER HOLD?

HOW DO I DETERMINE IF I HAVE A GOEREND CONVERTER?

2. There will be no drain plug. Rotate converter until you see stamping on cover.
3. Call us with the numbers and we can tell you the specifics on your converter.

DODGE
1. Remove inspection plate.
2. Rotate the converter until you see the drain plug.
3. There will be a series of numbers stamped next to the drain plug.
4. Call us with the numbers and we can tell you the specifics on your converter.

WHICH TORQUE CONVERTER CORES ARE ACCEPTED? 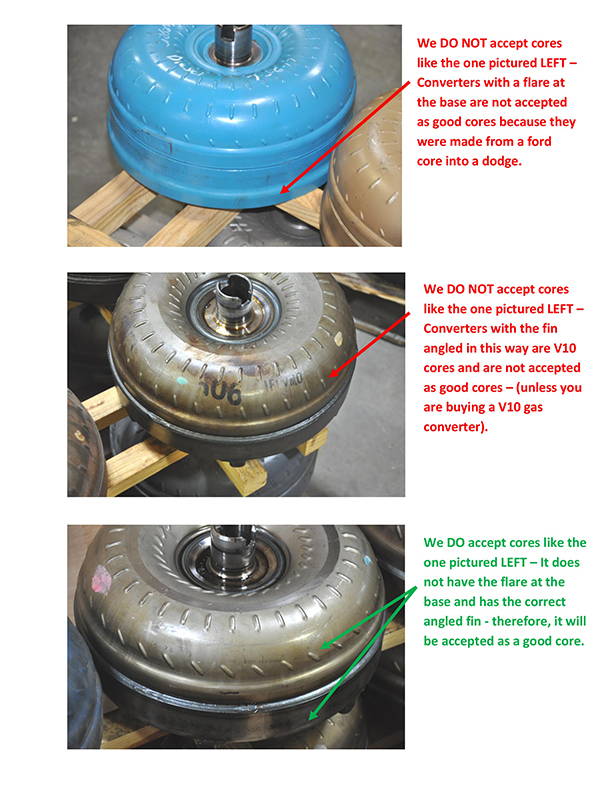 1. The converter is drained and cut open.
2. All parts are cleaned and inspected.
3. Front cover, clutches, bearing, seals, & springs are all replaced.
4. All Dodge impeller hubs are newly replaced.
5. Impellers, turbines, stators, clutches, damper assemblies and billet front covers are all balanced individually.
6. The converter is assembled.
7. Various internal and external dimensional checks are made.
8. The converter is welded together by TCRS alignment equipment with sub-0.003 run-out.
9. The converter is leak-checked under water, under pressure.
10. The converter is then balanced as a unit and the run-out is checked again.
11. The total height is checked.
12. The internal end play is checked.
13. The lockup clutch is applied and checked for leaks and holding power.
14. The lockup clutch is released and the clutch and turbine are spun while the impeller is stationary to make sure the clutch releases properly and that there is no interference between any internal parts.
15. The hub is lubricated and a protector is installed.
16. New bolts are provided where necessary.

The two major things that determine the stall speed are the engine torque and the torque converter. Here are a few different ways to think about it:

Lets say you are on an exercise bike that uses a large fan for the "load." The smaller the fan, the faster you can pedal it. The larger the fan, the harder it is to pedal it so your max RPM would be slower. With a small fan, you may be able to petal at 200 RPM and no faster, that means your stall speed is 200 RPM. With the large fan, you may only be able to petal at 50 RPM. The larger fan stalled you at 50 RPM with the same person on the bike. Two different fans, Two different stall speeds.

Now lets talk about air. It's all about the oxygen. A person on the bike can pedal harder at sea level than on the top of a mountain because they can breathe better. The closer to sea level, the more oxygen in the air. The air will be more dense, so will the engine. The engine is nothing more than an air pump that uses fuel. The fuel must burn, expand, and push the piston down. You must have oxygen to burn the fuel. The higher the elevation, the less oxygen we have, so the less fuel we are able to inject. Less fuel means lower power into the converter and therefore a lower stall speed. Normally, the higher the elevation, the higher the stall speed that is needed. The engine turbocharger also can make a huge difference. Like the converter, The turbo is also a set of fans, the drive fan is located in the exhaust of the engine and the exhaust flow makes this fan spin. The driven fan of the turbo is connected to the drive fan and sits in the intake side of the engine and forces oxygen into the engine so we can burn more fuel to get more power. When you have a turbo with bigger fans it takes longer to spool up and start to blow more oxygen into the engine. If it takes longer to spin up, it will take longer to get the oxygen into the cylinders to burn the fuel. This is called turbo lag.

To receive the full core deposit back, the core returned to Goerend Transmission must be an unmodified core of the same model of the purchased converter. (Year, Type, Etc.) No part of the core may be rusty/damaged in any way, or you may receive partial to no credit towards your core deposit. When a usable core has been received, the core charge will be refunded to your original form of payment. Call for any questions on what cores are accepted.